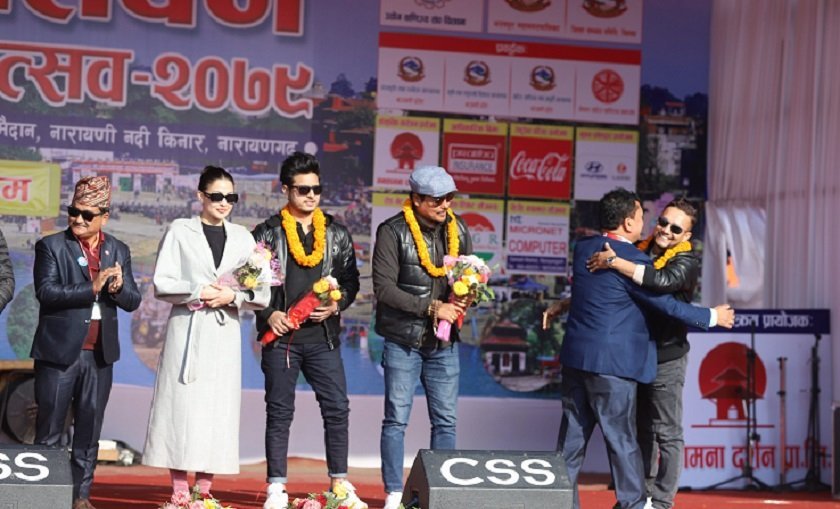 KATHMANDU, Jan. 12: The film 'Timro Mero Saath', which will be screened on Friday, was grandly premiered in Chitwan on Wednesday evening. There was a significant presence of the audience at the premiere held at the Cine Plex Hall of CG Mall in Chitwan. Director Ramesh MK Paudel said that the audience responded that the film was good at the premiere. Director Paudel said, "Everyone who participated in the premiere said that the film touched their hearts. But I am afraid of the outcome of the public screening." He said that the performance of the film is also expected to go well. 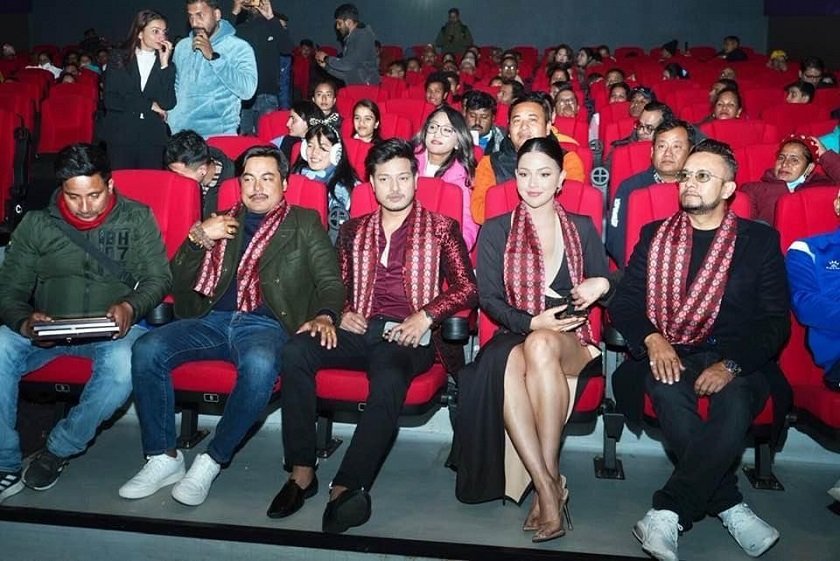 Actress Samragyi Rajyalakshmi Shah, and actors Pushpa Khadka and Sandeep Chhetri attended the premiere along with director Poudel. Before the film premiere, the team also participated in the ongoing Chitwan Mahotsav 2079 for a few days. This is the debut film of Poudel, who turned into a director after making a few films. Pushpa Khadka, Samragyi Rajyalakshmi Shah, Emily Lama, Sandeep Chhetri, Saroj Khanal, Khadka Bahadur Pun, Dipisha KC, and other actors can be seen in the film.