Karnali: "The Longest River of Nepal"

Most of the people live on the high hills, and the river flows past deep gorges. The water from the river cannot be brought to the human settlement nor can the people go near the river. That is why it is called the river of misery.

From the south of Mt. Kailash, the river Karnali, starts its journey. The river is called Mapcha Khambab or the river that comes out from the mouth of the peacock. The Karnali passes through northern districts of Nepal such as Humla, Bajura, Kalikot, Dailekh, Achham, Surkhet, Doti, Bardia, and Kailali. It then transforms into the Ghagara when it reaches India. The Tibetan people consider Mapchuchungu which lies around 30km southwest of Mt. Kailash is the religious and cultural origin of Karnali. The river comes to life as water flows from the base of a hill resembling a peacock around 20 meters downstream and moves with the river that can be traced to the valley on the north-western side. The river morphs into the Karnali after it reaches Hilsa in Nepal's Humla District. 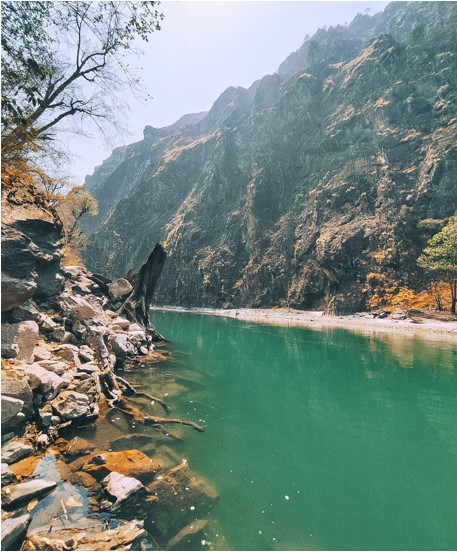 There are two big lakes in the south of Mt. Kailash: the Rakshas Tal (the Demon Lake) and the Lake Mansarovar. The lakes are only 15 meters apart and water from one lake easily mixes with the water in another during the rainy season. Mansarovar is considered a pure holy lake thus millions of people spend a fortune to travel thousands of kilometers to Mansarovar to take a dip in the holy lake. They believe that reaching here opens the door to heaven. But, the story of the Demon's lake is a bit different.   Pilgrims don't take a dip in the lake; they don’t even want to look at it.

People from Humla in Nepal call this lake the Lankari Lake. People from Humla and Bajura believe that their region lags in development because the river originates from this lake. But there is no authentic evidence that water from the Demon Lake mixes in Karnali. As there are other mountains nearby, it is believed that Gurlamandhata is the highest source of the Karnali.

Most of the people who live on the banks of the Karnali are hoteliers. As the Karnali makes its way south by negotiating the tall mountains it mingles with people from different cultures. In upper Humla, it has helped preserve the Bhote culture while in Lower Humla and Bajura it has helped Khas culture thrive. After touching people from communities such as Magars, Raute, and Majhi, the river reaches India. This river is equally important in cultural aspect as there is a tradition of cutting dead bodies to pieces and offering it to the river in Upper Humla whereas lower people burn the dead bodies and mix them into the waters  of Karnali for purification.

Fertile land is very scarce in the upper reaches of the Karnali. Thus, livestock rearing is the main occupation of the people. During the summer season, people migrate to the uplands with their livestock and settle down in the lowlands during winter. Of the 1000 km, a long river that travels from Tibet to India, around 507 km lies in Nepal. On the banks of the Karnali, there is no human settlement. The banks are not even suitable for human settlement. Most of the people live on the hills, and the river flows past deep gorges. The water from the river cannot be brought to the human settlement nor can the people come near the river. That is why it is called the river of misery. Some of the people who live nearby the river do fishing and earn little money from it. The water of the Karnali is not even usable in irrigation. There are no lands for it. The locals say that this Karnali is of no use to us, only that it is used after we die. The dead bodies are burnt and thrown into the river in Hindu culture. The locals believe that they cannot afford Kashi in life but Karnali takes their dead bodies to Kashi and they die in peace. 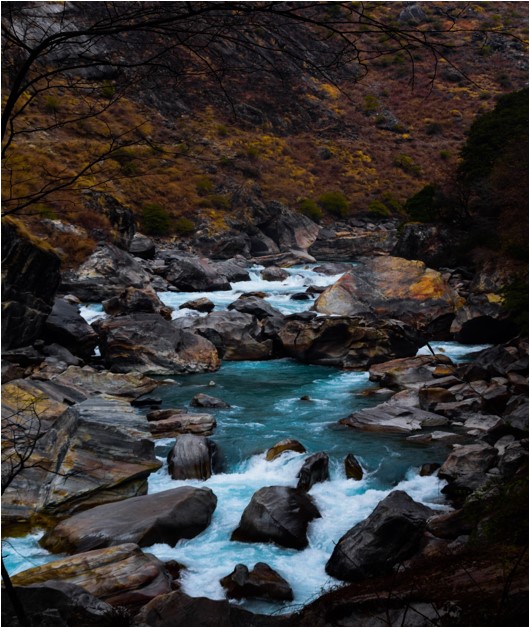 Although the river holds vast potential to transform from a river of misery to a river of prosperity, nothing has been done about it. Suffering and pain are the only things that have been marketed. More than 10 million tourists come to visit the Great Wall of China. If we can protect and promote Karnali, and develop infrastructure for tourism, Karnali can be the next destination. Although Karnali holds high potential for tourism, reaching Karnali is difficult. There are no logistic hotels for travelers.

Karnali is one of the best rivers in the world for rafting. But, it hasn't been marketed well. This place is the land of eco-tourism. Life here in remote areas is difficult for the poor. Climate Change has added to the misery. There are places where excess rainfall is a problem whereas in some places least rainfall is an issue. Some years heavy snowfall is a burden whereas some years no snowfall brings drought. Climate change has affected crops, livestock, and properties. Heavy rainfall brings floods and landslides and takes away farming lands. But, in some places, drought has been a great challenge.

Constructing roads in an unplanned way has threatened life underwater. This has not only affected aquatic life but also increased the risk of landslides. Research has shown that the water of the Karnali River is still suitable for aquatic life. There is a lot of diversity among the invertebrates found in the river which shows that the river is still in good shape.

Karnali flows undisturbed in Nepal. But, its unobstructed journey is likely to end soon. The debate over the future of the river has just begun. When Karnali heads south from Nepal's Kailai, it morphs into Ghagra. The river is called Sarayu in Ayodhya. From Ayodhya, it heads south-east and meets the Ganges near Chhapra, northwest of Bihar's capital Patna. As the Karnali heads south its width increases. The people in the lowlands who live around the river move their settlement according to the course of the river. 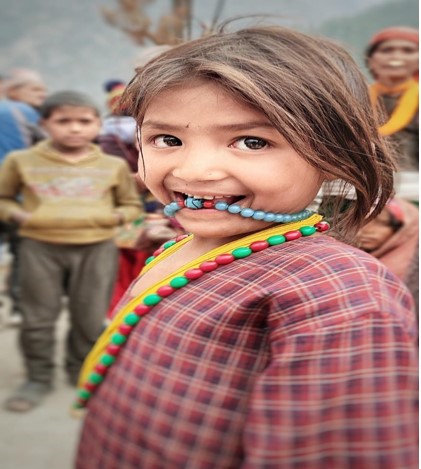 While the Karnali has kindled hope in some people, the river has let others down. There are places where the river creates scenic vistas, but there are other places where it has created serious problems. While there are areas where the river has been forced to change its course, there are areas where dams are being built to generate electricity. Some people are enjoying themselves by going with the flow while others are forced to live in fear. But, as Tibet, Nepal, and India march on the path of development, the human population is ever increasing. And this has pushed the future of the river towards more uncertainty.

We need to develop Karnali as a living heritage. If we are to promote a beautiful, peaceful and prosperous Nepal, let's not harm Karnali. 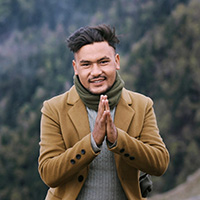 The author is a wildlife biologist at Third Pole Conservancy.