No country is peaceful, even now, where NATO launched a military operation.

These days international security has become a critical issue for discussion while the US is becoming more illiberal and irresponsible to contribute to global peace and security. The US doesn’t seem to revise policy regarding the North Atlantic Treaty Organization (NATO) while this controversial military alliance is one of the major reasons for the present threat to international security and stability. The Ukraine crisis illustrates that NATO is a major factor in regional and global insecurity and it has made the world a more unsafe and perilous place. The global voice is becoming strong against the existence of NATO. They are demanding the dismantling of NATO for global peace and security.

Prominent global security sayers say that the major reason for the Russia-Ukraine war is NATO's activities, expansion plan and unnecessary provocation against Russia encouraging some Eastern European countries. Though Ukrainian security officials were not much confidence on that NATO will come if Russia attacked Ukraine, major section of the Western European and US people thought that NATO will respond instantly on that case. But when war broke out, NATO did nothing. NATO turned blind eyes with sharing fake propaganda through some Western media section that if NATO take action, this war will turn into the Third World War.

NATO was established in 1949 with the objective to defend Europe from the Soviet Union. It is a military alliance of 30 countries. NATO achieved some momentous outcomes before the collapse of the Soviet Union for the US and its allies though NATO has been always destructive for global security order.  Some sections of the Western European experts are arguing that NATO should be dissolved soon if the US is serious about international security. Even after the dissolution of the Soviet Union, NATO has intervened in many countries in the world. It notoriously worked to topple both elected and non-elected governments which were not in the favor of the US interest. At the time of establishment of NATO, there were only 12 members but now it has reached 30. The last member is Macedonia entered on 27 March 2020.

After 1990, NATO’s involvement in Bosnia, Serbia and Kosovo was taken as a result of bad strategy. NATO had lost remaining credibility when it invaded and created chaos in Afghanistan, Iraq, Libya and Syria. Though there are 30 members in NATO, the US is the dominant power, other members just follow the US strategy. According to the political analyst Doug Bandow of Cato Institute, the NATO alliance has become irrelevant in the present global context. Analyst Lord Hasting once said that the purpose of NATO was to keep the Russians out, the Americans in, and the Germans down. These objectives were met and there is no rational and logical meaning to retain NATO, Hasting says.

America and Europe share culture, history, values and tradition. Economically, they are tremendously interconnected. Most European countries are capable of protecting their sovereignty and maintain security themselves. In this context, military alliance should become a secondary option for them, but the opposite is happening. Using NATO, Britain and France plotted to create destruction in Libya and France’s role to create violence and instability in Mali were taken malicious. The US always provokes other NATO members to target its enemy and finally when the situation becomes favorable it comes in the front to topple the regime, create destruction and chaos. No country is peaceful, even now, where NATO launched a military operation. Major European powers Germany, Britain and France need to understand that because of their blind support for US action under NATO, their reputation and trust in the world is deteriorating. The world community no longer expects a peaceful approach and contribution from the European powers.

Other than the US, other NATO members are planning to reduce the national defense budget. They are facing public pressure to reduce military expenditure and increase expenditure in the social welfare sectors. But in the US, the majority Republican and Democrats are pressing their administration to request NATO members again to increase the budget from their part. Once President Donald Trump raised this issue, he got positive support from his country and negative response from the NATO members. In this context too, unnecessary expenditure in NATO can create public protest in Europe. The US always tries to prepare its friendly countries to target its enemy. Now the US administration is completely focusing its grand strategy to contain China. To achieve this objective, the US is vexing to use NATO and other friendly countries like Japan, Australia, India encouraging them to engage in anti-China activities. European members are not benefiting much from NATO, but they are providing legitimacy which the US wants.

Security experts are saying that the aggressive approach of NATO is creating radicalism, fundamentalism, insecurity and unnecessary confrontation in the world. They are worried that while the world requires solidarity and cooperation; NATO is pushing the world toward confrontation, distrust and zero-sum game. NATO’s behavior makes the negotiation on cyber security and nuclear weapons tough and seems hard to resolve. Unfortunately, the US establishment is again planning to enlist other members into the NATO alliance. This situation no doubt will create more conflict in the world.

Though there has been growing dissatisfaction in their home countries about NATO, their respective governments are trying to promote cooperation in Asia also. NATO officials are proposing non-military cooperation under NATO to cover up their malign policy. Actually, the requirement of the military alliance between North America, Europe and some parts of Asia is futile, it is not necessary and history shows that it never succeeded. No country is facing direct military threat in the present world. Only NATO is provoking confrontation and creating insecurity among the major powers. Consequence is the Russia-Ukraine war. The NATO expansion policy of the US and some European nations is a first prominent factor for this war. The world community is well-known about it.

America should leave the zero-sum game and cold-war mentality if it is serious for global peace and stability. NATO needs to be dissolved soon for a collective peace and solidarity in the world. Present world is not like it was before 1990. This world is hugely interconnected and interdependent. Cold War policy and strategy couldn’t work for now and any attempts to impose hegemony would get a fierce reaction. For international security and stability, a prominent task the US needs to take immediately is to take initiative to dissolve NATO and play a constructive role for a solidarity, cooperation and inclusive global governance in the world. 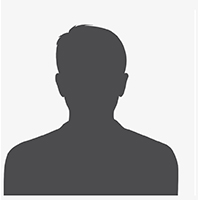