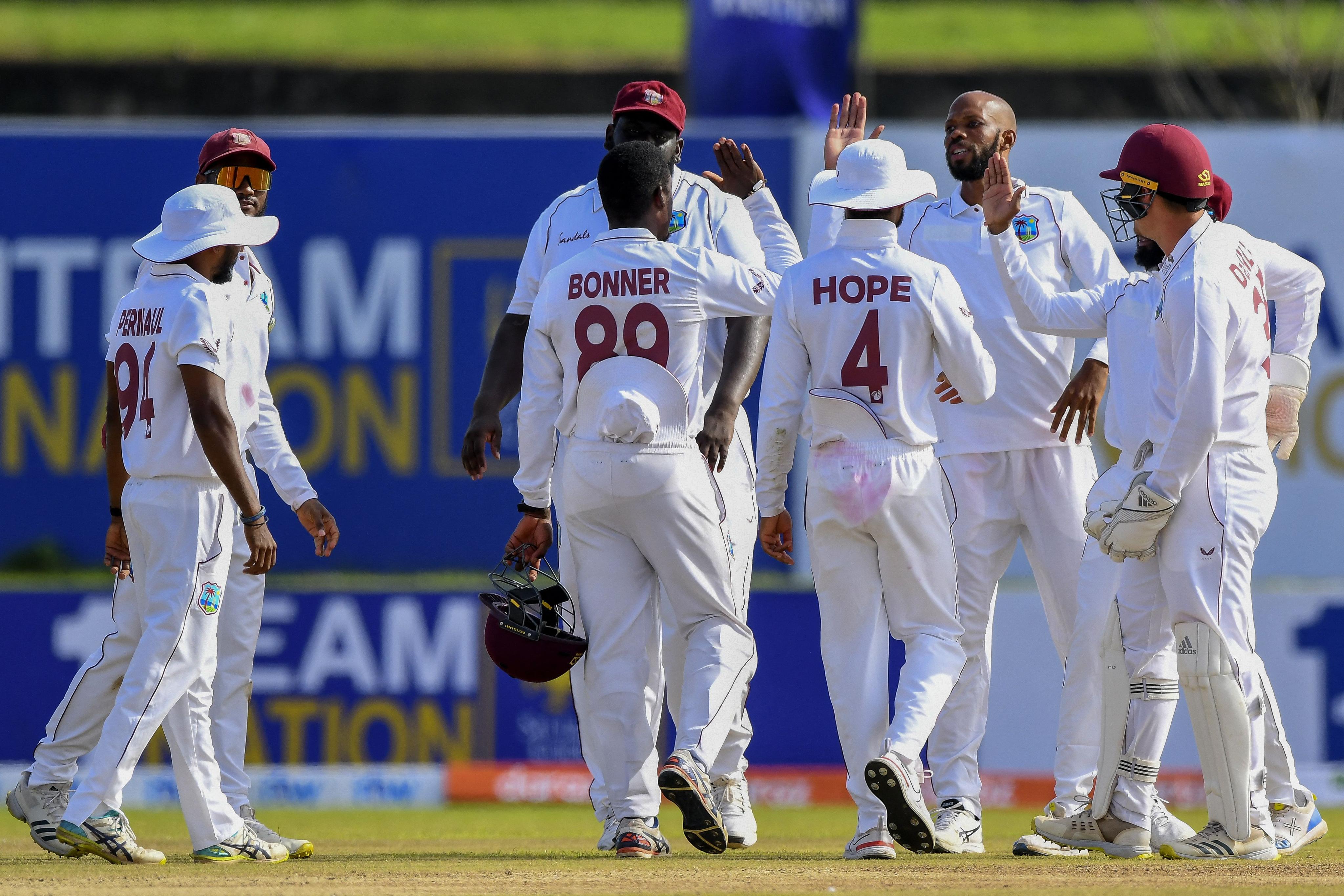 Sri Lanka won the toss and elected to bat in the first Test against West Indies at Galle on Sunday.The hosts opted for five specialist bowlers for their first match in the new ICC World Test Championship cycle, including left-arm spinners Praveen Jayawickrama and Lasith Embuldeniya.

West Indies are giving a debut to Jeremy Solozano, a left-handed top-order batsman from Trinidad.

"We need to back him and his plans. He's done a lot of good things to get here and... he's a disciplined player," said Kraigg Brathwaite, the West Indies captain. "The wicket is pretty good and we know how Galle will behave," said Dimuth Karunaratne, the Sri Lanka captain.

"There will be a lot of turns later on and we want to make the most (of it) by batting first."