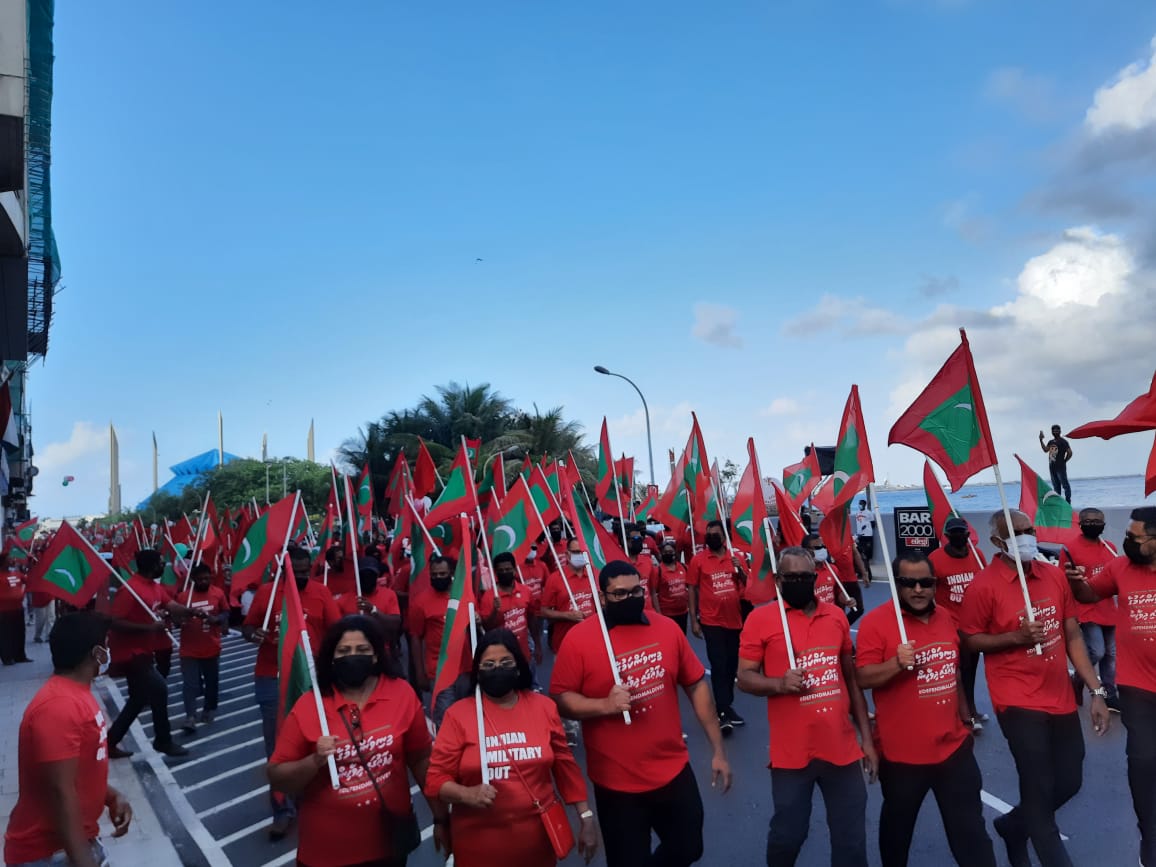 This protest was also marked by the sheer number of people who gathered in thousands on the streets of the capital Malé city. The protest was organized by the Opposition Coalition and its “Defend Maldives” movement.

Today's protest was attended by the entire leadership of the opposition coalition, members of the Maldives Revolutionary Movement along with retired senior military and police officials.

Protestors called for the immediate and unconditional removal of Indian military presence in the Maldives. They also called for the resignation of President Ibrahim Mohamed Solih, Defence Minister Mariya Didi and Foreign Minister Abdulla Shahid ac

The growing hegemonic practices of India combined with the Indian imperialism and subsequent military in the Indian ocean has created public resentment against India. The once warm relations enjoyed by the people of Maldives and India have deteriorated to the point where some in the public now call to end all diplomatic ties with India.

India’s military presence in the Maldives which has been confirmed by Defence Minister Mariya Didi is a source of discomfort for the public who are adamantly against any foreign boots in the Maldives.