At least 20 killed in clashes in central Somalia 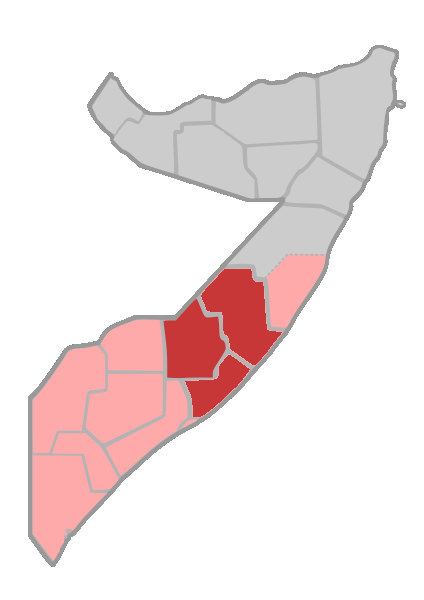 MOGADISHU, Oct. 24 :  At least 20 people were killed and more than 40 others injured in clashes between regional Galmudug forces backed by the Somali National Army (SNA) and a paramilitary group in central Somalia on Saturday, officials confirmed late Saturday.

The minister who said their forces are in full control of the key town accused the paramilitary group of arming children and urged the people who fled from their homes due to the clashes to return. "Galmudug State forces and SNA took control of the town today; we also captured some Ahlu-Sunna fighters in Guriel town. We lost three soldiers while ten others were injured during the fighting," Falagle said.

The minister said the operation was meant to restore peace and order in the town to enable those who had fled the town due to tension and potential conflict to return peacefully. "Rounds of mortar shells were falling into some empty houses as most of the people had fled from the town prior to the current conflict," a witness who declined to be named told Xinhua on the phone. "I was one of few people remaining in my hometown and I witnessed heavy exchange of fire and mortar shells falling into empty houses nearby today, there is still sporadic gunfire this evening," another witness said.

Latest reports indicate that the paramilitary group launched a counter-offensive on Saturday evening since fighting was still ongoing in the eastern part of Guriel town. Independent sources say more than 20 people, mostly from the ASWJ were killed in the clashes which claimed heavy casualties on both sides. Medical sources confirmed receiving more than 40 people who had sustained injuries in the ongoing clashes.

The latest move came after the United Nations humanitarian agency said on Friday that more than 100,000 people have fled Guriel town in Galmudug State due to high tensions and potential conflict between the local forces and ASWJ. According to the UN, the displaced people include about 1,005 unaccompanied minors and 2,009 persons with disabilities and health-related complications. Enditem