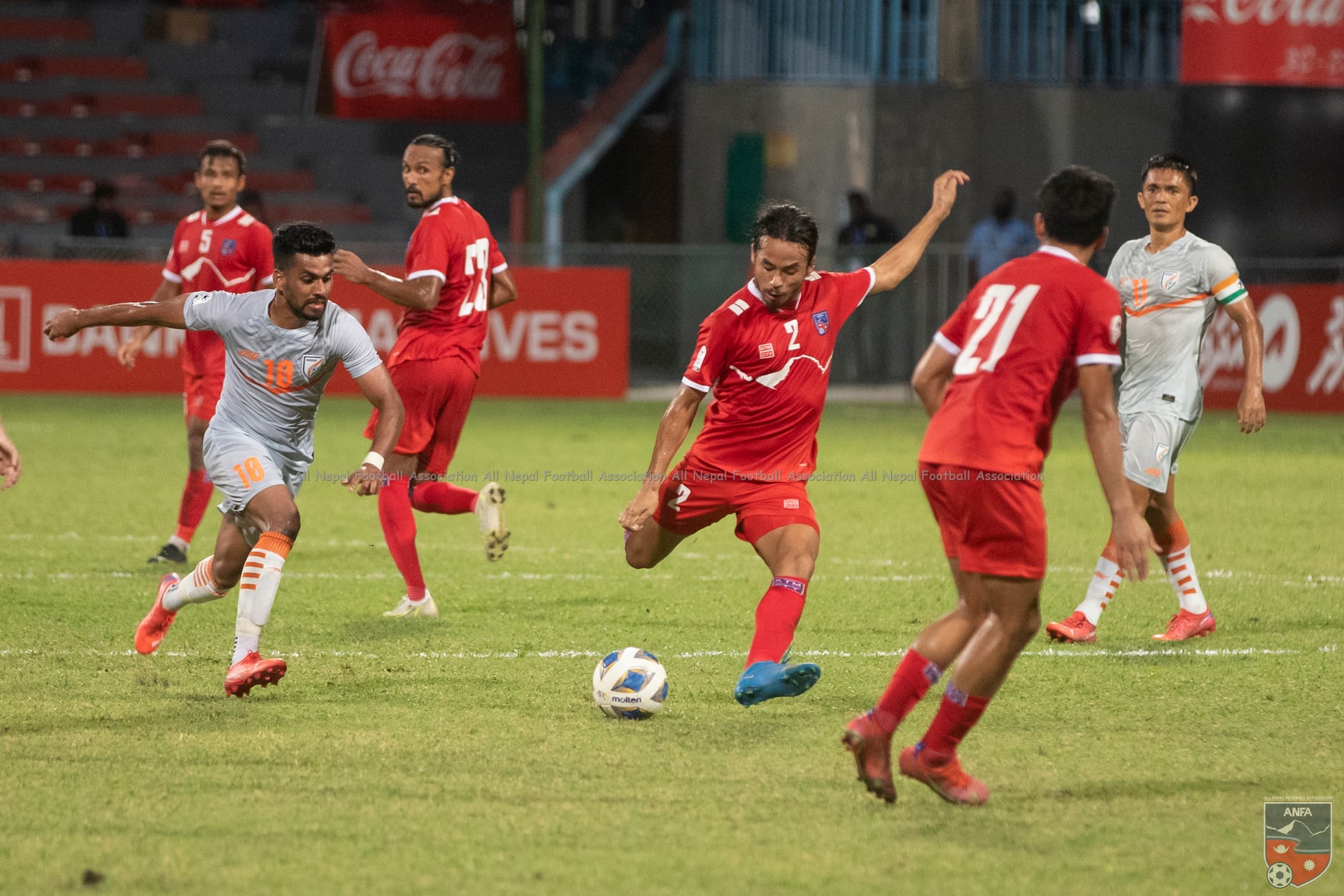 KATHMANDU: Nepal lost to India but are still in good position to secure their place in the final of the SAFF Championship.

Indian skipper Sunil Chhetri scored the only goal of the game in the 82nd minute to give the much needed win for India.

Nepal are top with six points from three games, level on points with second-placed Maldives, and play their final group game against fourth-placed Bangladesh on four points. India, with five points, take on Maldives with all four teams still in contention for the top two spots.

With India needing to secure a win to make their life easy for the finals, Nepal held firm in their own half and were happy to prevent them from scoring. Nepal had few chances in the game while India wasted those which fell to them.

Chhetri's shot in the 21st minute was saved by Kiran Kumar Limbu and his header from a corner three minutes later sailed over the bar. Tej Tamang's cross in the 41st minute was cleared by Shubhasish Bose.

In the second half, India further stepped up the pressure on Nepal with Yasir Mohammad's shot after a good spell of run was comfortably saved by Limbu. The closest they came to breaking the deadlock was in the 58th minute when Manvir Singh headed Yasir's cross but saw it saved by Limbu. Shubhasish headed straight to Limbu after the ball came off after Chhetri could not time his header instead hitting his shoulder in the 77th minute.

Chhetri finally scored in the 82nd minute when Farukh Chaudhary's flicked his header into Chhetri's path who took this opportunity with his left-footed shot from inside the six yard box.

Nepal began to attack after going behind but with India holding firm, ran out of time to find the equalizer.

Nepal and Maldives now need at least a point to reach the final while Bangladesh and India both have to win.