There goes an Arabian proverb, "Act like you are an idiot and everyone will respect you", which sounds well suited to the priggishness of the right-wing political entrepreneurs—Macron, the inspector of finance turned investment banker and Trump, the real estate junker turned social Darwinist.

These two most powerful leaders on the planet met and held hands during a state arrival ceremony at the South Lawn of the White House April 24, 2018 in Washington, DC. Trump was hosting Macron for a two-day official visit that includes dinner at George Washington's Mount Vernon, a tree planting on the White House South Lawn, an Oval Office meeting, a joint news conference and a state dinner.

Trump, attempting to tidy Macron by removing some white substance off the shoulder of Macron that he calls the “dandruff” in order to make him “perfect”, tried to have leverage over the bilateral and multilateral issues engaging both nations.

Trump, though China is at the verge of economically and militarily outsmarting the US, still enjoys glory of being the head of the state that has the only superpower status among the nations in the world. He was marveling by describing the quality of  Franco-US bilateral ties at the joint press meet by putting, “We have very special relationship, in fact, I will get that little piece of dandruff; we have to make him perfect; it’s really great to be with you; you are the special friend, thank you…”.

On the contrary, Macron did not take it otherwise. He seemed to be pretty sure of the actions Trump generally ventures. So he just went on with it—that was part of the comprehensive diplomacy i.e. the perfect recipe of the superior quality of interpersonal relations and humility needed at the moment of facing the situations as such when the world community is watching eagerly.

He has the precise attributes of dealing with the egotistical rich people in every manner. Trump kept on his artsy fartsy acts and Macron, with perfectly balanced tone, kept on handling calmly because Macron had the pressing purpose to pursue US for handling the issues on Iran nuclear deal, climate, the global war on terrorism and the energy crises. He was, in fact, not on a holiday or in a picnic mood.

Furthermore, Macron, as the president of the powerful country, did not get affected by any perfunctory errands Trump carried out all around. He seemed to be belling the cat—ensnaring the Trump policy in multilateral issues. No one but the French president Macron convinced Trump to carry out the joint aerial strikes inside the Syrian borders days back.

They, obviously, have the special relationship—it’s tangible joint endeavors. Trump was emphasizing the bilateral relations through his own words to Macron, “Mr. president, they all are saying what a great relationship we have and they are actually correct; it’s not fake news”.

How effective Macron’s visit could be for Trump depends not upon the abundance of showy camaraderie, vanity of affinity and flattery of the panegyrists but upon the comprehensive diplomatic measures that must address the global human concerns at large—the questions concerning the world peace and universal ‘equi-justice’ i.e. equitableness, both the nations have relentlessly been striving for centuries. The charm of friendship or the ‘Bromance’ manifested through the man hugs, the kisses or the cleaning of the “Dandruff” may not solve the escalating geo-political challenges.

In addition, both of the world leaders were wooing each other at the reception ceremony held in Washington last week as Macron was paying the state visit with the purpose, circuitously, of congratulating each other over successful US-Franco-British joint oppressions against the annihilatory actions of the Syrian state days back.

They were not just emblazoning the Euro-American self-worth but laying bare their chutzpah over the rest of the world, especially the poorer regions of the world, the false sense of political excellence and military audacity.

The duo lionized themselves for their so-called world supremacy in every guise. The pompous highlights of the Anglo-Franco-US mannerism to carry out the massive scale of massacre in foreign lands only proved that there is a real alliance of “authoritarianism” within. Calling others “authoritarian” did only approve the absolute narcissism they are obsessed with.

Even more, Macron is trying to prove to be the legitimate emissary of Europe who can actually reach out to Trump and talk to him with right audacity on the crucial issues of the time the continental Europe has been facing since the collapse of the Euro-centric global political economy and the advent of the Asian socio-cultural and political economic renaissance.

Because the global community is watching these two powerful leaders. If they just talk the talk and hardly walk the walk, the political legitimacy of their status of being global powers may gradually expire from the memory of the international community.

Given the complexities of the global issues and the strong urgencies of waxing multipolar world, the entire Europe and its, so-called, cultural province—the United States of America, have to execute every bilateral as well as multilateral issues smartly, effectively and inevitably.

Both politically as well as economically the stakes are critically very high this time—the geo-politics acted as the catalyst for the challenges taking place. More than anything, the financial matters have always been the key concern between any global powers but the foreign policy concerns have been weighing heavier during this visit in the unprecedented fashion.

Indeed, France is a critical ally of the US—never bandwagoning. She has never been submissive to any US-led international actions or campaigns. The friendship with Trump is not a good news or popular thing to the French public either.

However, Macron is captivatingly getting flown with the smoothness of the courses of events in order to get the things done that he has planned to achieve in this visit. Hence, Macron, an investment banker by career, knows how to deal with the clients and clientele with maximum benefits on his side—he will surely be successful to pursue Russia, Turkey and other regional powers to bear the equal shares of the tasks erupted by the current crunch time in the Middle East and North Africa.

He always believes in “New Approach” or the “Third Deal” according to the former US ambassador to France, Jane Hartley.  The “Third Deal” as she highlights further, has to do with the ballistic missiles and also with Iran’s behavior in the region. It represents that the French president is one of the best in mastering the strategies.

He, in any deeds, pushes hard to avoid the risks of being isolated from the international community i.e. certain degree of neutrality and defense of the national as well as the regional concerns have to be maintained.

In all honesty, Macron rejected Trumpism matter-of-factly in his address in the American congress where he was received with the multiple standing ovations throughout. After the sheer physicality, he came back to the business reminding Trump the actual status of the state of France and himself—he emphasized that he was the head of the international power, a nuclear nation and the oldest ally of America.

Not only this, he directed his pronouncement to pursued Trump to agree on the global climate problems thus: “We are killing our planet; let us face it; there is no planet B; I am sure, one day, the United States will join the Paris Agreement”.

Regarding the Iran Nuclear Deal, he strongly concentrated on JCPOA (Joint Comprehensive Plan of Action)- the framework of negotiations developed with chief initiation of the United States of America and both France and US were the signatories. Now, both of the nations must uphold the significance of JCPOA with absolute ownership.

He was quite ardent in his remarks over the immigration issues. He put that the society of a country would stop evolving if she opted to withdrawal, reclusiveness, isolationism and nationalism “closing the door to the world”.

However, it would “not stop the evolution of the world”; it would further escalate “the fears of the citizens”. To quote one of the Republican leaders Steve Schmidt, “It is perfectly clear that Macron is the leader of the free world; Trump vacated the job”.

Moreover, Macron has been successful to soften up Trump—the harsh critic of the Iran nuclear deal, TPP and NAFTA; for Trump, these are the worst deals ever made. Macron’s attempts to cope with the US president like Trump are not aborted. They could garner the new “breed” of diplomacy and the brand new “Bigger Follow-on Deal”. The so-called new breed of diplomacy can be “dandruff diplomacy”—that goes like removing the contending parties’ muck and getting them cleansed.

The leaders from the continental Europe despite the clear differences in their policy inclinations, have sought to preserve US-French relations by aiming on the primary ingredients that contribute the relationships with the US distinct.

“Macron was better positioned”, as observed by one of the reputed US-based institutions, “than others to make this case, though his seduction campaign has not yet translated to shifts in policy. After one year of navigating the Trump presidency, four trends have emerged in the French–American relationship, and more broadly in the transatlantic relationship.”

Thus, it’s not just removal of the dandruff off the shoulder of a powerful global leader but the denial of the French as well as the European policies that always contradict to the US global interests for US wants the refined versions of them.  “Despite some specific points of conflict”, experts affirm, “both sides of the partnership have worked to maintain continuity and stability”—America’s superficial denial of global leadership has not been all bad for Macron. We can rig out broadest hint of the most possible novel courses of human affairs from the visit and the joint press conference. 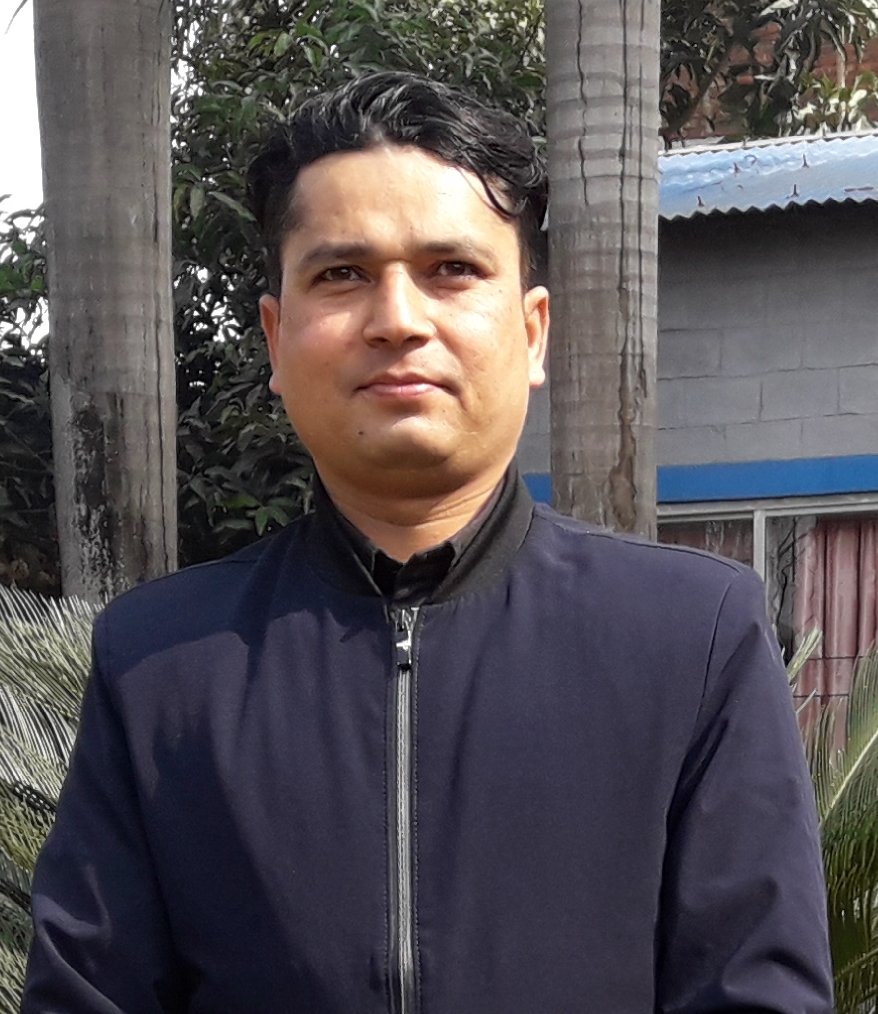 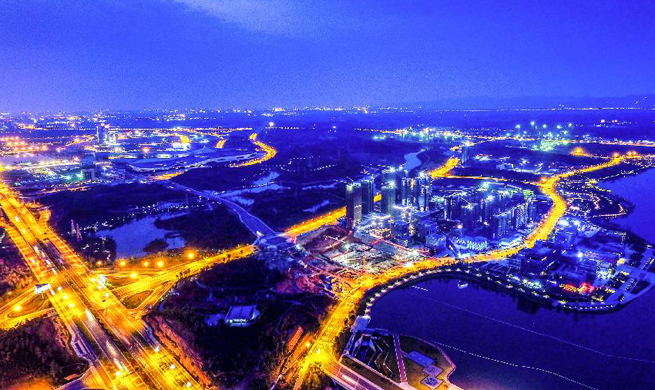