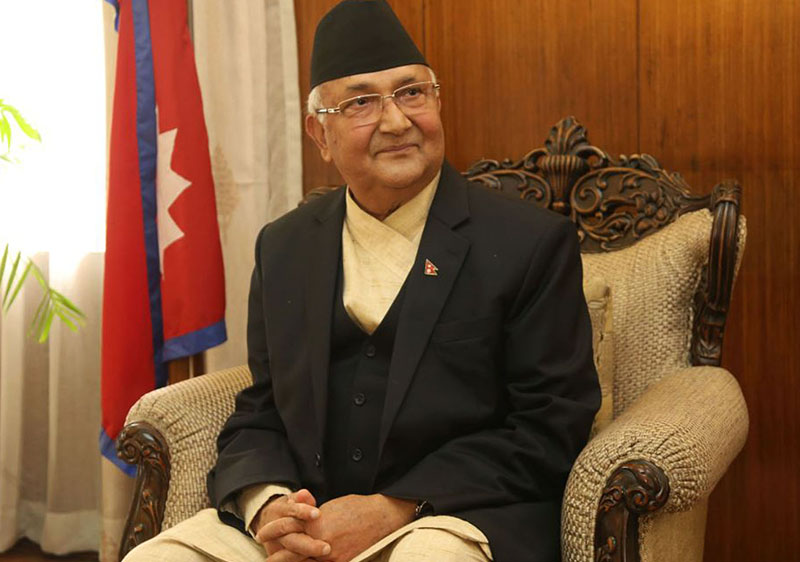 Prime Minister KP Sharma Oli has said the government has paid attention to the conservation, management, development and benefit among the allied topics.

Addressing the Eighth National Council of the Federation of Community Forestry Users Nepal (FECOFUN) here today, he said the government would initiate steps only after assessing the status of forestry and the environment.

The PM also expressed the confidence that the council will come up with important conclusions on various aspects of forestry and the environment through extensive discussions. "The conclusion to be drawn by the Council will also support in fulfilling the national goal of 'Prosperous Nepal, Happy Nepali' envisioned by the government. I hope the Council will come up with useful conclusions as to how the forestry, environment sector could be better managed, which will be helpful for the government in devising related policies," he added.

Stating that many forests in the country would have turned into desert had there been no contribution of the community forestry users in the conservation of these forests, PM Oli said the existence of 45 per cent forest cover in the country was a matter of pride for the nation. This is significant not only for Nepal but for the whole world.

The Prime Minister also on the occasion emphasised on the need of promoting the agro-forestry. Referring to the reckless felling of the Sal (Shorea robusta) trees in various places of the country, he said it was not appropriate to destroy the Sal forests by wantonly cutting down the Sal trees in the name of the Scientific Forest management Programme'. He said because this, the government has abrogated the programme by concluding that such steps were wrong.

PM Oli said the government would formulate policy only as per the aspiration and needs of the people.

More than 300 representatives of the community forestry sector throughout the country are attending the Council meeting that will run for two days. The Council meet will conclude on Wednesday by issuing a declaration, FECOFUN stated.

FECOFUN was established on 1 June 1995 with the objective of establishing the rights of the community forest users groups on the forests and of protection and promotion of their rights as well of capacity and leadership development.

So far, 22 thousand 415 community forests have been handed over to the forest users committees. Out of this, 227 thousand 256 hectares of forest is being managed by 2 million 927 thousand 329 households belonging to the community forestry users groups.