Development efforts go on from all local levels: PM Oli 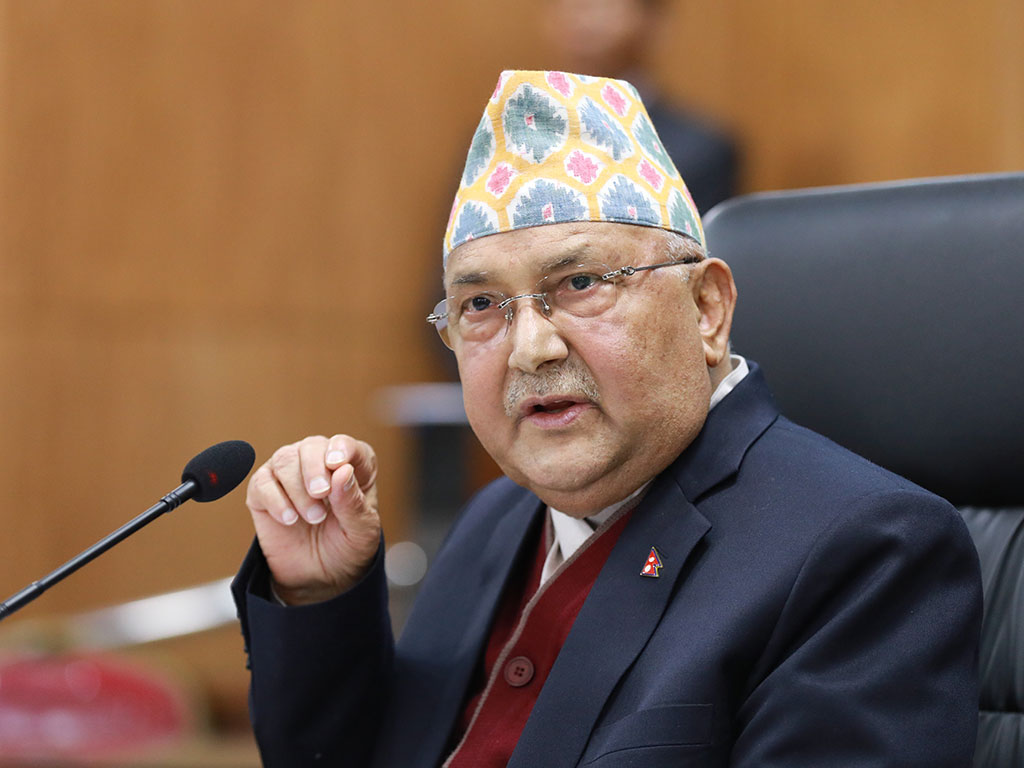 Prime Minister KP Sharma Oli has said development endevours were taking place from all 753 local levels. Laying a foundation stone for the Gandaki Province Staff College building today at Nadipur of Pokhara metropolis-3, the Prime Minister said the federal government had set a course for development through seven province governments and the province governments through 753 local levels.

''The goal of the government is to guarantee the fundamental rights of the people by exercising healthy politics, undertaking of economic activities, minimising and seeking an end to corruption and ensuring smooth and accessible service delivery to the people for the development,'' the PM said.

During a three-year period of the government, development activities took a momentum, he added that there was a progress in infrastructure development and formulation of laws as demanded by a new federal set-up and those laws contravening the constitution had been revised by ensuring the proportionate allocation of power.

Underlining the need of moving ahead keeping the national unity intact, he urged one and all to get involved in the national building campaign by giving up the 'self-centered' feeling. ''Good governance and development are the priorities of the government to meet the goal of 'prosperous Nepal, happy Nepali'.''

He said the government was procuring anti-COVID-19 vaccine sufficient for all citizens
and expressed the belief that the vaccine would be made available to all. "We may be poor but we have a generous heart. We are also included among the one per cent countries of the world getting success in the fight against COVID-19. We have taken little rest and worked more," the Prime Minister said.

Stating that the United Nations has recommended Nepal to the status of developing countries from the least-developed country, PM Oli reiterated that Nepal was ahead in other economic indices as well and it would meet the Sustainable Development Goals well before 2030.

At the programme, Chief Minister of Gandaki Province Prithvi Subba Gurung said the province government was moving forward with the goal of overall prosperity and development of the province.

Province government minister for physical infrastructure and development Ram Sharan Basnet said the foundation of development has been built in the three-year term and the Gandaki Province Staff College has been established in connection with making the public service delivery more efficient.

A four-storied modern building with various facilities is to be built for the Gandaki Province Staff College at an investment of Rs 332 million 155 thousand. The staff college complex will cover an area of 4,964 square metres.