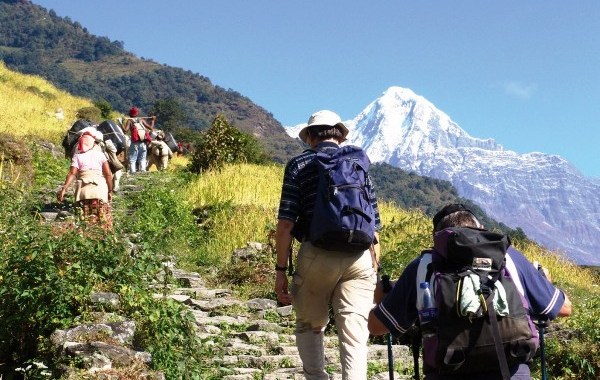 Women tourism entrepreneurs in Pokhara have been provided a digital training session on the optimization of technology in their business so as to promote their business and make tourism sector more technology-friendly.

Organized by the Tourism Entrepreneur Women's Association and promoted by Nepal Tourism Board (NTB), Gandaki Province, a total of 70 women tourism entrepreneurs have taken part in the two days training session.

Inaugurating the training session, ward chair of Pokhara Metropolitan City-6 Jagat Pahari expressed his hope that the training recipients would get additional skills in the related field through the session. He also lauded the contributions of women to the tourism sector.

Likewise, chief of NTB, Gandaki Province, Kashiraj Bhandari underscored the need for focusing on the development and optimization of technology to boost tourism entrepreneurship.

Other speakers, General Secretary of Pokhara Tourism Council, Ram Chandra Sharma, Association's Founding President Lakki Karki and Acting President Kamala Giri spoke of the need for those engaged in tourism sector to have technical knowledge in their related field.

There are over 400 hotels in Pokhara registered with the Western Regional Hotel Association (WRHA) while the number of tourist-worthy hotels in the city stands at around 700. There is a significant number of homestays in and around Pokhara run by women entrepreneurs from various ethnic communities.

Tourism sector in Pokhara has provided employment to more than 17,000 people and holds more than Rs 400 billion in investment, according to the WRHA.