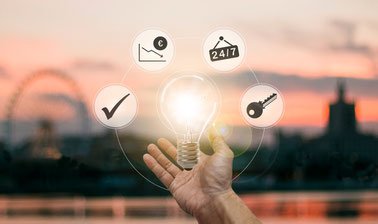 As an example of inclusiveness, the low level of participation of women in the energy sector at the policy making and planning level confirms how non-inclusive the sector is.If we look at the three government bodies in the energy sector, Nepal Electricity Authority, Alternative Energy Promotion Center and Electricity Regulatory Commission, the government is silent in ensuring participation of women in these agencies: at their respective board level, management and skilled employment level. If we look at Nepal Electricity Authority, its board does not have a single woman member. As the Electricity Authority Act itself is not inclusive, NEA has yet to consider women's participation necessary in the board of directors. The highest position to date held by a female within the NEA has been as Deputy Executive Directors. Former Deputy Executive Director of NEA Shanti Lakshmi Shakya says that there is no presence of women in the higher positions.

These are examples of women's participation in government body's boards. Lawyer Dil Raj Khanal says that the energy sector has not been inclusive as the sector does not have the provision of inclusive policy. There is a crisis not only for women but also for the inclusion of the poor and backward classes and consumers. "Inclusive talk is not just a matter of working. Energy is being understood as an economic and commercial sector. Energy sector is perceived as a profit-making sector though energy sector is a very large social sector," says Khanal.

The constitution envisions inclusiveness of all sectors but no effort has been made on how to make the energy sector inclusive. When there are no women at the decision making positions such as the board of directors in agencies in the energy sector, there is a drought of women-friendly and women-led decisions.

According to Khanal, NEA has an inclusive employment norm, similar as that with the government of Nepal, however there are very low number of women with the necessary skills. Therefore, he shares that there will not be inclusiveness in Nepal Electricity Authority unless there are skilled women at the decisive level in the employment sector.

Kala Timalsina, coordinator of Women's Network for Energy and Environment Nepal, says women's participation in energy is very low and the norms are not women-friendly. According to her, not only women-headed households but also the poor and backward classes do not have access to energy.

According to him, only 10 percent of the 400 energy projects in Nepal are invested by women. From this it can be said that inclusion in energy has not been achieved yet. Inclusion in energy, including energy sector investors and energy consumptions low.

Nawaraj Dhakal, spokesperson of the Center for Alternative Energy Promotion (AEPC), said that some alternative energy programs are especially targeted at remote areas where the national transmission line has not reached.According to Dhakal, AEPC is playing a role in making energy inclusive as it provides facilities in areas where micro and small hydropower, solar energy and other facilities are not available.

On the other hand, AEPC is conducting subsidy programs as per the Renewable Energy Subsidy Policy 2073.  According to the data of the center, after the establishment of the gender and social inclusion unit, the center has 27 percent female and 73 percent male employees.After the establishment of the Gender Inclusive Unit in 2012-13, inclusive works have been done at the Center. Grants were given to earthquake victims. The Center has given 78.6 million grant for micro hydro till July 2019 from which 31, 592 earthquake victims (Janajati, women, backward classes) have benefited.Similarly, 7,324,850 grants have been provided for solar drinking water and 2,479 households have benefited from it while 1,628 households benefited from the solar mini-grid. This is an initiative of the Center to make alternative energy inclusive.Only recently, AEPC has also formulated the GESI strategy.

According to Madan Timalsina, spokesperson of the Nepal Electricity Authority, there is no such provision to make electricity access inclusive. He says, ‘Whoever the customer is, the electricity tariff is the same for everyone." From this, there does not seem to be any concrete policy of the Electricity Authority for inclusion in energy consumption. However, a move towards enabling energy consumption through the revised Tariff regulation has made a provision for free electricity for those consuming less than 10 units.

Narayan Gyawali, president of the National Association of Community Electricity Users- Nepal says that it is working for gender and social inclusion at the community level. Gender and social inclusion has been ensured under the Electricity Committee of the Association. There is a provision in the constitution of the association that the vice president and treasurer must be women.

According to Gyawali, in recent years the association has undertaken special measures to integrate inclusive approaches across its norms and activities:  connecting women and the poor to electricity; encouraging women to earn income by using electricity through capacity building linking women with Financial Institutions for loans and entrepreneurship development. Most households in rural areas; 68.6 % of the total energy consumption comes from the traditional sources as per Economic Survey Report 2018/19, which have implications on the health, time and livelihood of women. To transform this practice, the association has launched a campaign for promoting the use of induction cookers and improved cook stoves. These campaigns are especially targeting women and the poor. With the start of national campaign for electric stoves since 26th January 2019, induction stoves have reached 2,000 households in selectedrural areas. The campaign launched by Minister for Energy, Water Resources and Irrigation has targeted to provide 1500 households with induction cookers this year.  The campaign launched by the government includes a sub campaign to provide induction cookers to 1,500 households this year. The association had also carried out a study to determine the impact on the rate while using LPG and electricity tariff. In addition to this, Alternative Energy Promotion Center has also started induction stove campaign especially targeting Province 2.

The government of Nepal had also adopted "one house, one stove" policy through its white paper and also endorsed the Biomass energy strategy.According to the white paper (2075) made public by the Ministry of Energy, about 74 percent of the country's population still dependsupon traditional energy for cooking. However, recent figures suggest that this may not be the case. The increasing share of conventional energy in the overall energy consumption scenario itself is a huge challenge for the government's plan to increase overall electricity consumption. Meanwhile, the government has announced in its white paper (2075) to increase the per capita electricity consumption to 700 units (kilowatt hours) within five years by expanding the energy consumption sector.

Lately, there has been a strong demand for inclusion in energy. The Renewable Energy Confederation of Nepal (RECoN), a partner organization of the Green and Inclusive Energy Program, implemented in partnership with CRTN, NEFEJ, IAPHF, GEWNet, NACEUN and supported by ENERGIA/HIVOS, the Netherlands, has been advocating for inclusion in national policies.Similarly, the National Association of Community Electricity Users-Nepal (NACEUN) has been conducting debates and lobbying,while also carrying out public hearings and ensuring electricity security from a GESI perspective. Meanwhile, the Alternative Energy Promotion Centersays that it has been working in line with its policy of making energy inclusive.

Supervisor of Green and Inclusive Energy Program Dr. Purushottam Shrestha said that the program has helped a lot in formulating policies for inclusion at the local level. He said that it has helped in raising awareness at the community level and making policy formulation from the center to the local level. Shrestha said that the green and Inclusive Energy program has helped the local level in formulating policies and programs for the fiscal year 2076-77 and the current fiscal year. Shrestha, who is also the Senior Director of the Centre for Rural Technology Nepal, said that the center is working with the support of international donors focusing on inclusive energy.

To improve inclusiveness in the energy sector, the Government of Nepal has also received bilateral technical assistance. These assistance programs have become a platform for knowledge exchange between national and international expert organization. One such technical assistance programsupported byADB and Japan Fund for Poverty Reduction works in close coordination with NEA and is being implemented by ENERGIA/ Hivosbased in the Netherlands with its consortium partners -CRT/N, Practical Action Consulting- Nepal, and Ricardo- AEA Ltd from UK. National Association of Community Electricity Users- Nepal (NACEUN) is the strategic partner for this program.This initiative has launched the program for strengthening the capacity of Nepal's energy sector to deliver on gender equality and social inclusion results

GESI Expert Dr. Indira Shakya says that even though inclusiveness has been included in the policies and strategies in the energy sector, it has not been included in the practice. "Even though the issue of women's inclusion in energy has been mentioned in the policy recently, its implementation is weak. On the other hand, the issue is not just about women's inclusion but about bringing out their voice and letting their voices be heard", she says. Stressing that inclusive programs are not enough, Dr. Shakya argues inclusiveness cannot be achieved unless there is an initiative to accommodate their time, family situation and ensure their participation in the program.She says no matter how well the policy and strategies are, inclusiveness is not possible until there is a gap between the policy and implementation side. 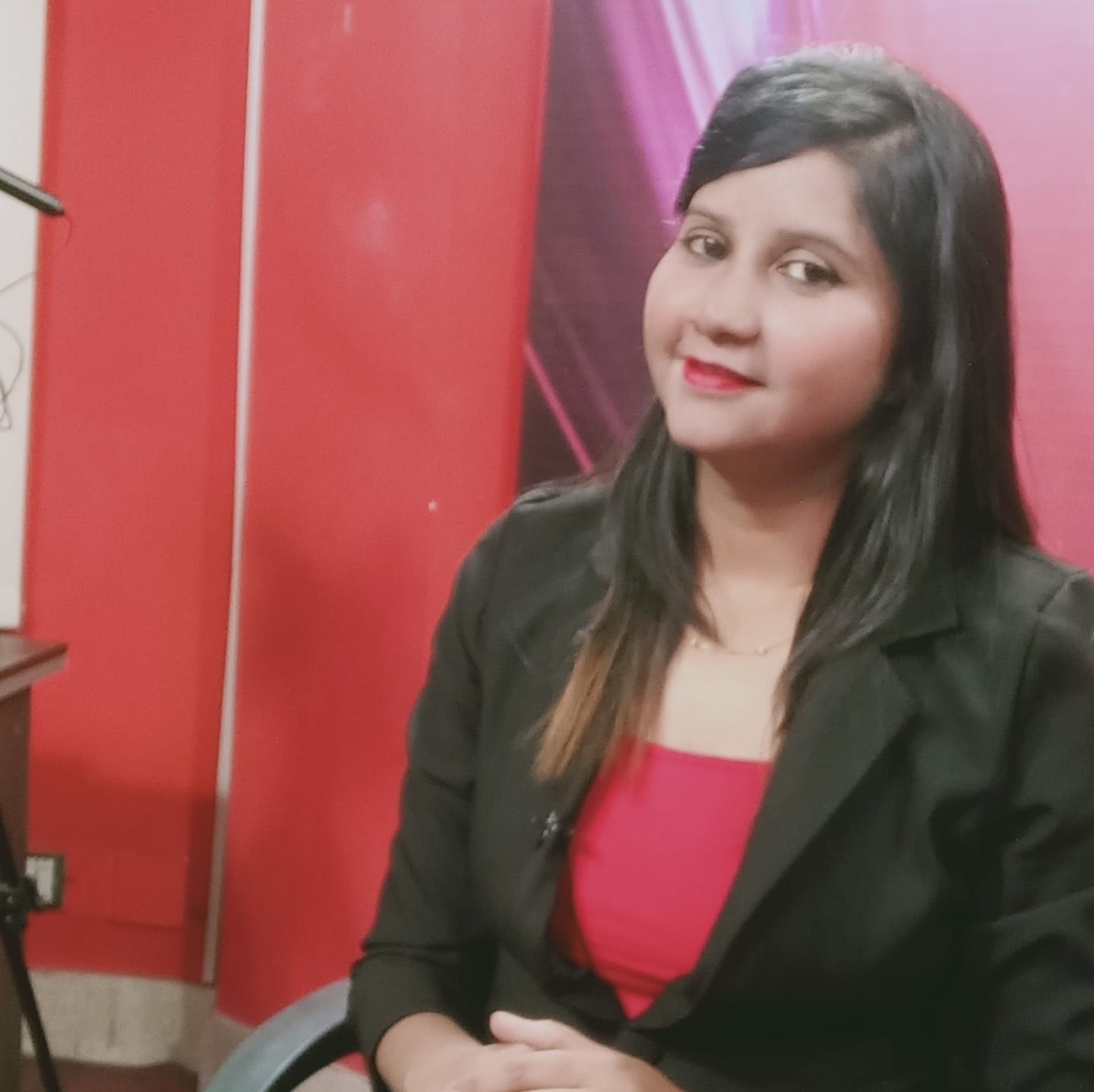