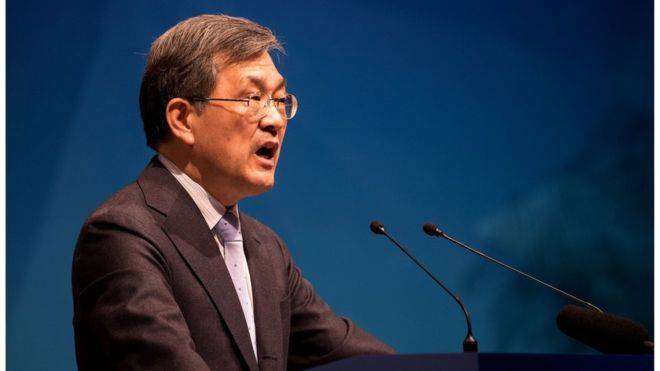 It is the latest management upheaval at the firm after the heir of the entire Samsung Group was imprisoned for corruption in August.

Mr Kwon is one of three co-chief executives of Samsung Electronics.

Mr Kwon, who also serves on the board of Samsung Electronics, said he had been thinking about his departure "for quite some time" and could "no longer put it off."

"As we are confronted with unprecedented crisis inside out, I believe that time has now come for the company [to] start anew, with a new spirit and young leadership to better respond to challenges arising from the rapidly changing IT industry," he said in a statement.

He will remain on the board of Samsung Electronics until March 2018.

Mr Lim said "the current management structure seems to be a complicated web that does not clarify, but rather confuses".

"This needs to be resolved soon as it can be worrying not to know who is truly steering the Samsung behemoth into the future," he said.

In response to the criticism, a spokesperson for Samsung told the BBC that a successor would be appointed "soon" but could not give a timeframe.

Samsung Electronics is regarded as the jewel in the crown of the Samsung Group conglomerate, which is made up of 60 interlinked companies, and is one of South Korea's massive family-run businesses known as chaebols.

In August, the group's heir apparent Lee Jae-yong was convicted of bribery and corruption and sentenced to five years in jail.

He was back in court on Thursday, appealing his jail term. 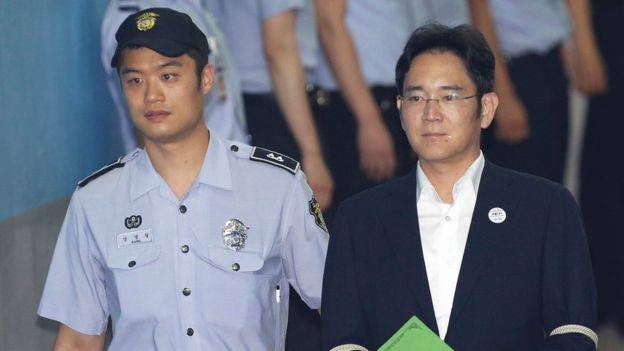 However, the leadership troubles don't seem to have hit the company's bottom line yet.

Ahead of the announcement from Mr Kwon, the Samsung Electronics said it would post a record quarterly profit thanks to surging chip prices.

The world's largest smartphone maker projected operating profit has nearly tripled in the three months to the end of September, compared to a year ago.

While memory chips were the main driver of Samsung's profits, its mobile phone business was given a boost by its new Note 8 smartphone which received the firm's highest number of pre-orders ever.