Socialist movement will be enhanced in post Covid-19 situation 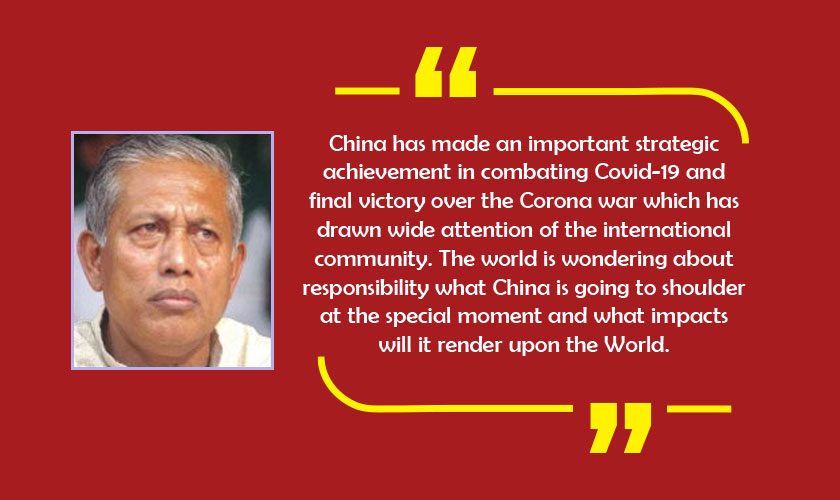 Covid-19, an invisible virus, which was not seen in a century, has shaken the world by the rapidity of its spread, but intrinsically it is also influencing acceleration, in another way, in changing the global shift in balance of power. Now the world is filled with instabilities and uncertainties, at this backdrop, improved governance is gradually becoming a major issue that calls for collective efforts from all concerned throughout the world. The prevailing situation, created by the Novel Corona virus has brought both fear and hope together in the forefront. It is the fear of something new and unknown along with uncertainty as well.

China’s response to the recent outbreak of the Covid-19 in China, and later on throughout the world is very impressive and encouraging for the reason that the CPC under the leadership of Comrade Xi Jinping has all along been adhering to the governing philosophy of “People first” and “life first.” By prioritizing People’s health and safety CPC mobilized all available resources in an all-out effort to treat every patient and save the earth. We have come to know that more than 39 million party members fought tirelessly in the front line according to the personal direction and planning of Comrade Xi Jinping. By this dedication and leadership of Comrade Xi Jinping, the Chinese government has been successful to contain the pandemic Covid-19 in China. This could be made possible for having a strong ideological orientation, inherent motivational force of the governance systems, and proper institutional functioning. It has been proved that the socialist country which is being led by the CPC on the basis of Marxism and Leninism has significant institutional and theoretical systems to control and prevent Covid-19 pandemic. The beauty of the Chinese leadership is that they have creativity to develop the Marxism in localized form.

The Covid-19 pandemic has confounded the whole thought process of the capitalist rulers and their think tank. It has made naked the inherent economic and political problems of the bourgeois in the contemporary world. Concept of globalization has become nonfunctional. It is expected the world will really on entering into an age of real globalization in the truest sense.

China has made an important strategic achievement in combating Covid-19 and final victory over the Corona war which has drawn wide attention of the international community. The world is wondering about responsibility what China is going to shoulder at the special moment and what impacts will it render upon the World. In the fight against Covid-19 pandemic, the world has experienced with strong validity and superiority of the leadership of the Communist Party of China, the Socialism of the Chinese characteristics, as well as China’s national governance system. Besides China, other socialist Countries and States like Vietnam, Laos, Cambodia, Nepal, Cuba and Kerala have successfully controlled the Covid-19 pandemic.

Covid-19 has spread throughout the world that includes 213 countries and regions. As of now about32.7 millions have been infected and about 9,93,000 people have lost their lives due to Covid-19. World epidemic situation is still grim. The cumulative number of confirmed cases and death are still rising sharply. The outbreak of the Corona virus has exposed the glory of the western systems. However, bourgeois democracy nowadays serves the interest of capitalist countries to maintain the rule of the entire capitalist class on the one hand while deceiving majority on the other. The helplessness of the western countries in combating Covid-19 outbreak has revealed the bankruptcy of the so called liberal democracy.

The Covid-19 pandemic has confounded the whole thought process of the capitalist rulers and their think tank. It has made naked the inherent economic and political problems of the bourgeois in the contemporary world. Concept of globalization has become nonfunctional. It is expected the world will really on entering into an age of real globalization in the truest sense. Apprehension sustains that the existing systems of production and distribution will be at challenged. But it will not exactly be turned what it was in the past. This has to be with all the advantages rendered by technology and developments. It means an integrated production and distribution system may come up. Hope is that an alternative framework may be in place which will bring all people into minimum safety net and reset production and distribution systems on a need-based foundation.

And subsequently this power broker is very serious for imposing war – war situation aiming at political instability and for selling weapons in the South Asia to cash in political advantage against China. In this way, the oppressed and exploited people of this region will become the worst sufferers.

Marxism is a theory aimed at changing the world. So, for changing the world Marxist leaders could lead the movements towards the final culmination for seizure of political power. To divert people’s attitude the western political scientists may conduct advocacy for a Neo-Fascist Government. De-globalization and national chauvinism and religious politics may be the last weapons. But people will feel for state-led system which will be more focused and the importance of socialization will be more relevant. This situation will lead to the cold war between socialism and capitalism and historical judgment will go in favor of socialism in course of time. Comrade Xi Jinping’s thought will be the best weapon to accelerate socialist movement throughout the world for achieving the final victory. This will be the creative outcome of the post Covid-19 and the process will continue to draw an end of the history of capitalism and will turn more profoundly visible.

Finally, We are also against the politicization of public health issues, which helps pool strong political consensus for enhancing international anti-pandemic cooperation and building a global community of health for all. We are observing that USA –India power clique is trying to ignore the global crisis regarding the health issue. And subsequently this power broker is very serious for imposing war – war situation aiming at political instability and for selling weapons in the South Asia to cash in political advantage against China. In this way, the oppressed and exploited people of this region will become the worst sufferers. As the vanguard of the South Asian Countries all the Communists and the left forces should formulate a common program to mobilize the people against war and religious fundamentalism to make South Asia calm, stable, peaceful and develop region. 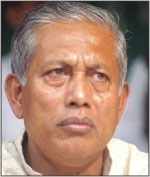 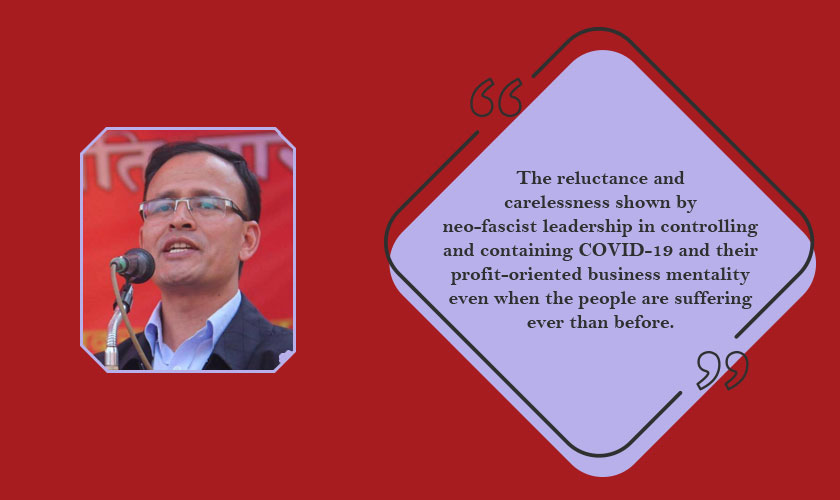 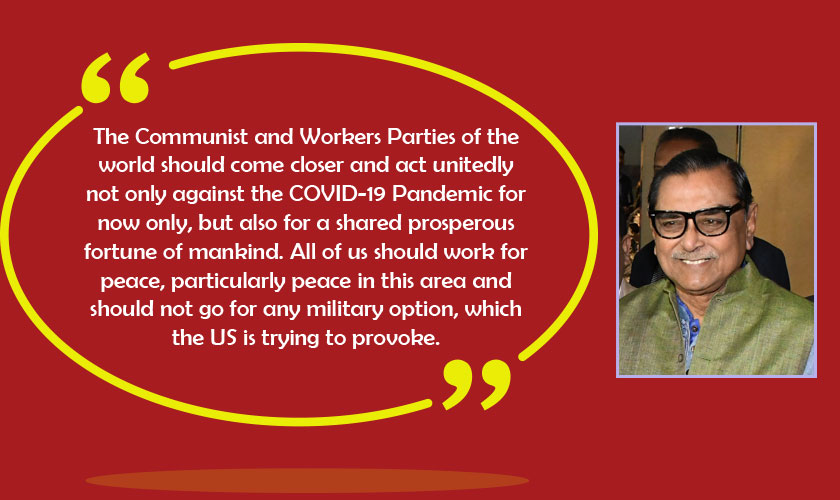 Fighting COVID -19 through Solidarity and Cooperation 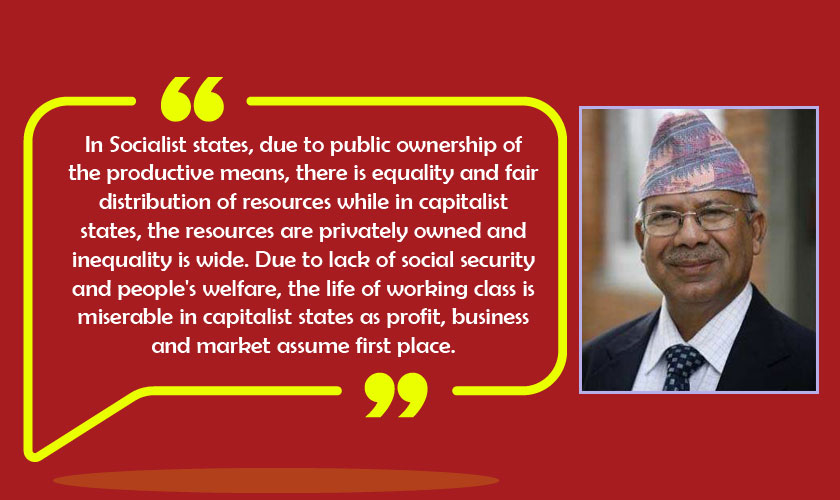 Development of Socialism in Covid Pandemic 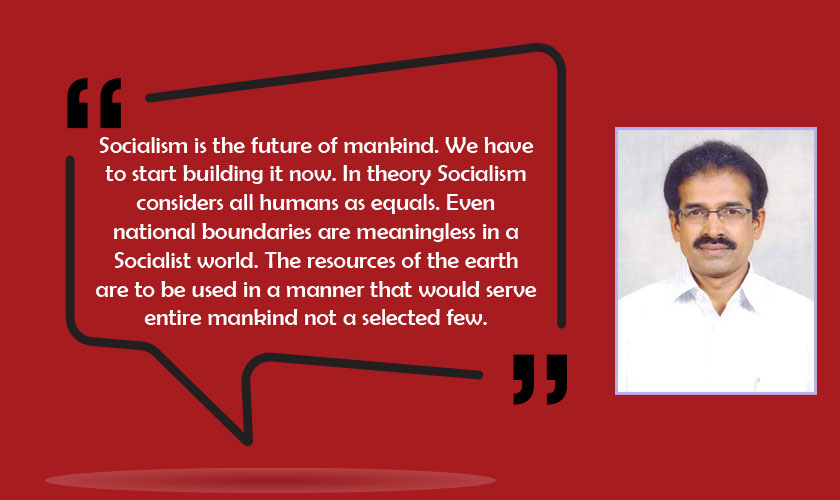