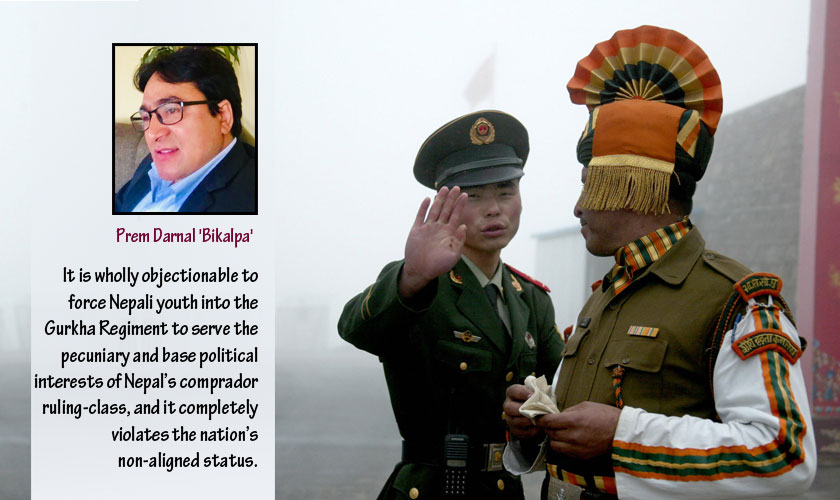 The neighbouring countries of India and China have very different political and socio-economic systems, and have never reached a durable settlement of a shared, disputed 3,500-kilometer (2200 mile) long border. Claim and counter claim has led to a temporary settlement Line of Actual Control (LAC) for the past 45 years. On June 15, 2020, Indian and Chinese soldiers clashed, leading to the death of twenty Indian soldiers, including a colonel died and a further 76 were injured. This brings closer the possibility of war between the two nuclear powers, and adds yet another complication to world politics, specifically in South Asia. After a telephone conversation between Indian Foreign Minister, S. Jaishankar, and his Chinese counterpart, Wang Yi, New Delhi issued a statement accusing Beijing of being “responsible for the violence and casualties” saying, “It is time for China to re-evaluate this operation and take corrective action.”

Beijing immediately responded by issuing a statement saying that New Delhi "take stern action against those responsible for the" violent and audacious conduct "of the Indian military and to" tighten control over the frontline forces and stop all provocative actions." "India should not underestimate China's determination to defend its geographical sovereignty."  Now both countries have consolidated their military forces in the disputed region, following the clash.  On the same day, Indian Prime Minister Narendra Modi blustered on television that "the sacrifices of soldiers won't be wasted ... India wants peace but if provoked, India will respond." Now India has joined the Asia-Pacific Alliance (even trying to lead Indo-Pacific strategic Alliance) aimed at containing China. The recent military and the joint submarine exercises with Japan and Australia in the Pacific sea are examples of this strategy.

China's emergence as an economic and political super-power has created this neighbourhood push back and has led China to make a strategic regional re-assessment. To this end it has established bi-lateral ties with the southern states of Nepal, Pakistan, Bangladesh, Myanmar and Sri-Lanka, now all interconnected with Belt and Road initiative.

The Corona pandemic has taken a heavy toll in America, US president Donald Trump is blaming Beijing to divert public attention from his own incompetence and failure regarding the corona pandemic. They are also trying to relocate US companies' investment to India, and are currently running a strong campaign against the Chinese hi-tech company, Huawei, in order to sabotage its global advance in establishing the G5 network, by claiming it is based on intellectual theft of western technology. And is beholden to CCP. The US is also arming Taiwan with state-of-the-art weaponry, and opposing Peking’s ‘One China’ policy and its rightful territorial claim to the island. Alongside these stratagems there is a concerted attempt to break-up China by escalating the protests in Hong Kong in support of the so-called ‘democratic’ movement. Today, USA trying to expands its influence in Nepal through Millennium Challenge Compact (MCC) as part of its Indo-Pacific Strategy. Everybody knows that this conspiracy is designed to isolate and encircle China. Therefore, Sino-Indian border conflict is an aspect of the major global contradictions and part of imperialist geopolitical and strategy, which is intensifying inter-state conflicts.

However, today's world is decisively moving towards multi-polarity. The monolith of US imperialism has shrunk and is collapsing into post-imperial decline.  The powerful countries of Europe, including Germany and France, now see the necessity of establishing a European Union army (thereby leaving NATO which is American led) to defend its specific capitalist interests in relation to their markets, and access to natural resources. Meanwhile, China is steadily advancing its new global influence based on the concepts of world peace, sustainable development and shared humanity.

Obviously, in this rapidly multi-polarising world, America want to remain the super power. But powerful countries like China and Russia deny US hegemony and are trying to build new world where all countries have equal rights. India’s alliance with America threatens regional peace. The consequences are intensified border and political disputes; leading to, perhaps, even an Indo-China war. Nepal’s comprador capitalist class, under the leadership of the Oli-Prachanda clique is also trying to implement MCC despite widespread popular opposition. Alongside this issue the Oli regime’s reluctance to stop the Indian government utilising Nepali youth of its Gurkha Regiment in any conflict with China has further enraged the nation; reflecting the deepening ties between Nepal and China. Nepalese patriots and revolutionaries have always respected China’s sovereignty and geographical integrity. By supporting an alliance with the United States, the Oli-Prachanda revisionist party and their comprador puppet regime have decisively turned their back on China. Therefore, in order to achieve national liberation, the rights of the people and socio-economic progress, the Nepali masses want to end the present comprador capitalist, parliamentary system and establish scientific socialism.

The main obstacle to the peace and progress of mankind in both Nepal and the wider world is American imperialism, which is now challenged by a powerful socialist revolution advancing through Unified People's Revolution, supported in unity by the entire Nepali people in their struggle, under the leadership of the Communist Party of Nepal, for national and class liberation. The long-term national interest of both the country and the people is only possible through a strategic relationship and cooperation between the revolutionary forces of the progressive Nepali and Chinese people. The leadership of the Chinese Communist Party understands how crucial this is.

The American imperialists, who are addicted to using military force while defending world capitalism, has clearly indicated that it will go to war with China at a time of its choosing. India, in this respect, which has hired Gurkha mercenaries for over seventy years, has declared it is preparing to use them in any Indo-China war. It is wholly objectionable to force Nepali youth into the Gurkha Regiment to serve the pecuniary and base political interests of Nepal’s comprador ruling-class, and it completely violates the nation’s non-aligned status. The Gurkha Recruitment Centre, where Nepalis are signed up to fight a possible war against China, should be shut down immediately. Furthermore, Nepali youth should exercise discretion and not allow themselves to be recruited as mercenaries, and instead become dedicated to the patriotic service of the nation. To repeat Mao’s injunction, peoples fighting for national liberation should therefore resist getting embroiled in an unjust war on behalf of imperialism.

The writer is leader of Nepal Communist Party. 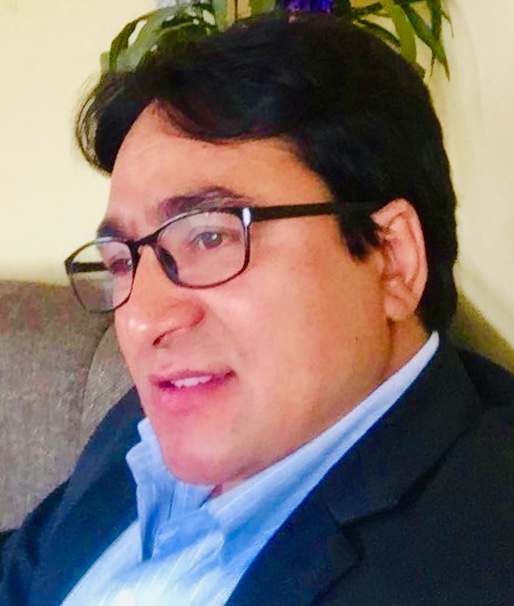