This is to note that there have been opportune contacts between this country&#39;s newly formed revolutionary force, the Communist Party of Nepal-Maoist (CPN-M) and the government of India, which has authorised you to speak to us with the aim of establishing mutual cordial relations.

This is certainly a positive beginning and through this short note I will set out the view of the CPN-M on how such a relationship can be developed. In this respect, I have the honour to beg you, ..., to communicate the following to your government.

I believe that talks without pre-conditions or self-interest will lay the basis for a productive outcome. For that to proceed it is initially necessary for each side, to be clear in relation to some basic issues.

Firstly, both Nepal and India are independent, sovereign states. Therefore, political parties in each country are free to establish political systems, according to the will of their respective citizenries.

Secondly, fundamental ideological and political differences exist between the CPN-M and the Government of India and its major political parties. The ultimate goal of the former is to establish communism following the guidelines of Marxism-Leninism-Maoism whereas the latter&#39;s aim is to entrench capitalism further by strengthening private ownership of the means of production.

These are not pre-conditions for any talks or discussions between us, but merely reflect the reality of the present situation. On the face of it, this might make it appear difficult to reach any substantive understanding, but agreeing to differ on the basis of mutual respect will, in fact, clear the way to deal with the matters before us pragmatically and assist a positive direction and outcome.

Despite this existing gulf of opposition there are also points of possible unity. Recollect that the great Stalin implemented an historic unity with the former enemies the USA, Britain and France in the face of the common fascist threat. Another case in point; the complementary ideological and political systems of these latter capitalist states did not prevent them from confronting each other in the First World War.

I raise these facts, not by way of gratuitous or odious comparison, but to illustrate that whatever the background to our present mutual antipathy in ideological and political matters, we can nevertheless approach these talks and discussions in a positive and practical manner.

You have continually accused Nepalese communists and patriots of antagonism towards India. You pin on us the label of anti-Indian agitators. But you should not confuse our opposition to the policies of the Indian Government with antagonism towards the country and its people. They are not the same thing. Certainly, we resist Indian Government&#39;s policies when they treat our sovereignty with impunity and humiliate our people. We also resent the habit of having our country macro–and micromanaged by a succession of Indian Governments.

The general rule is for communists to respect the sovereignty of all countries as national security and consistency is not secured by intervention in the affairs of other nation states. That would be equivalent to throwing stones in your own glass house.

Therefore, our unremitting opposition to Indian Government&#39;s policies towards Nepal should not be taken as hostility to the country and its people. Far from opposing we have great respect for the country of India and its freedom-loving people.

It is certainly true that in Nepal there has been an increase in tension regarding the current actions of the Indian Government which has caused some perturbation in your ruling circles. It is further the case that you hold us responsible for the resultant agitation and punish us accordingly.

This reaction is wrong and will not help diagnosing and treating the problems between us. I would ask you instead to be self-critical and to re-think your position. We want all the people of Nepal to be friends of India but we are not happy with the present situation in our country which we contend largely results from a continuation of your traditional policies. In this respect it is not up to us to decrease the growth of anti-Indian Government sentiment in our country. The task of winning the favour and respect of the Nepalese people lies in your hands.

At present you act to the contrary; thinking you can win Nepalese approbation by having specific political parties and their leaders in your pocket. This can only exacerbate the problem you want to solve and we would ask you to abandon this strategy as there is no alternative but to win the hearts and minds of the Nepalese people as a whole.

Therefore, if you come to us honestly and without guile, we are ready for serious cooperation. But if you come with a pre-determined stratagem aimed at suborning our Party, as you have done with other parties, then we will walk away. Talks and discussions on that basis would be fruitless.

The growth of anti-Indian Government sentiment is not confined to Nepal as it exists to a great extent in many of the countries on your border. Thus, the rubric of winning hearts and minds and uprooting the antagonism in Nepal also extends to these States. It is for you to view this problem honestly and objectively.

A reference, at this point, to your sufferings under the British colonial Raj is apposite. After you succeeded in liberating the Indian people from this imperial yoke, many of your neighbours similarly hoped it would help to achieve their independence in its colonial and semi-colonial form. Instead, you took up where the British left off and continued the policies of great-power hegemonism over those countries in new form. There is where you will find the roots of antipathy which arises from the policies of successive Indian Administrations.

Obviously, I cannot comment concretely as to how the peoples and parties of those countries should respond so, I will confine myself to the problem and a possible solution as it manifests in Nepal.

In this regard, I think you should take the initiative in re-evaluating the totality of your policies as the current stand in respect of your neighbouring States. Beginning with Nepal you should be prepared to establish a qualitatively new relationship based on mutual respect.

A concrete expression of this would be the repeal of all the Unequal Treaties and Agreement that have been imposed on Nepal since British-India&#39;s Sugauli Treaty in 1816.

Nepal as an independent and sovereign State must have the unchallenged right to establish relationships and agreement with any third-party state.

Nepal should also have the unfettered right to establish a political and economic system consistent with the needs and demands of its people.

Being an underdeveloped and landlocked country Nepal should be allowed to exercise its rights, without cessation, according to international regulations and laws.

In the course of our talks you have emphasised the question of India&rsquo;s national security, especially with regard to the question of opposition forces using Nepal as a base area from which to attack India. It cannot be denied that this is a serious problem exacerbated by a long open border. Nepal in this situation suffers equally, but you have not shown any concern in respect of our troubles.

However, we are truly cognizant of India&rsquo;s state as a sovereign State and are alert to your concerns. Therefore, we guarantee that we will prevent any third country using our land with the aim of attacking India. Furthermore, we will not allow any third country to mobilise anti-Indian activities on our soil. So far as there are such ongoing activities, they are not confined only to Nepal but is cross-border, often finding expression in India itself. But if our land is misused, we will put a stop to it. We cannot do this on our own as it requires the Indian Government to control such activities on its side of the border. It must take effective measures to end transmigration of such elements into Nepal. The failure to ensure such a policy in the past has also caused our people great distress.

It should also be noted that India has used the open border to encroach with impunity in Nepal in the process seizing more than sixty-thousand hectares of our land. With its Nepalese client parties, political leaders and bureaucrats India is attempting to legitimise this expropriation. This policy should be immediately terminated and the territorial problem brought to an end by way of reference to historical maps and documents.

Let us develop Nepal-India relations on the basis of equality!

Long live the friendship between the people of Nepal and India!

The above letter was written to the Indian government through an Indian envoy on behalf of the Communist Party of Nepal - Maoist. At that time, Mr. Dhakal, former ambassador of Nepal for Australia, was an authorized person of the party to establish contact and conduct dialogue with Indian representatives to discuss rewriting and reshaping the Nepal-Indo Relationships in revolutionary perspective. We have published this letter as the issues raised in this letter are still significant and this may be helpful to understand the status of Nepal-Indo relationship in a broader spectrum. -Ratopati) 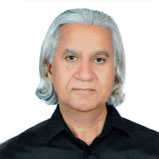