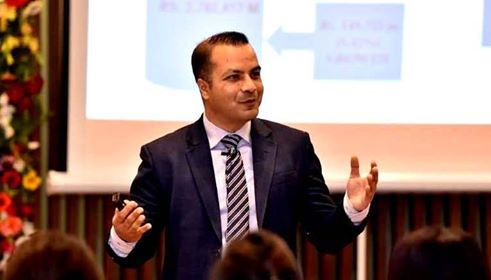 In the present scenario, the people of each households have been mentally and physically locked down with the Corona Effect. The adversity of the same is being discussed in each and every chatroom digitally and is also the talk of the town, cities and the world. Most of the prominent institutions have been proclaiming the adversities of the losses and degree of adversities in its projections that the economies will go through in the coming period. At this moment, it is customary that the mind drifts itself to the various factors that should have been conferred by the regulatory bodies for the soft landing of the economy after the prevailing turbulence in the economy.

In my opinion, the economy and the players will be suffering from the mental distortions and pshyco-analytical assessments and worries of the corona factors even after the control of the corona effect in the society/country. The fear factor of the same being retrieved is going to be one of the factors that hard hits various sectors of the economy and shall have a prolonged adverse effect. The example of the same would be Tourism Industry and Restaurant businesses. Aftermath to the corona period, the visitors are surely going to postpone all their tours/excursions/adventure trips.

Segregating the overall adversities preliminarily, the sectors of economy can be categorizes as least affected, moderately affected and hard hit. The examples of the least affected would be the one with the local production and prominently local market access as agriculture. Similarly, examples of the moderately affected would be the wholesaler, retailers, SMEs, MSMEs, etc; which again has a value chained with the supply from a larger market but with the smaller niche markets as their selling periphery and limited to the cross border. The third one would be the one who will have a really hard hit on its business; the examples would be tourism, airlines, restaurants, hotels, factories with high capital intensity but lower margins.

The challenges in the Nepalese Economy would be managing all these mess and its adversities aftermath the corona impact. The major challenges that will rely on the governmental assurance would be handling the unemployment factor. Massive unemployment seems to be cropping up in the dawn after the corona effect, especially with the work force related with the hard-hitted sectors, pertaining to airlines, tourisms, hotels and restaurants, etc. This will definitely be one of the challenges, along with its repercussions (social as well as criminal) that the government would be facing in the days to come. In Nepalese context, commercial agricultural would be a solution to the one, however, the market access to the produce has to be studied in depth. The modalities would be to create massive employment for commercial agricultural funding or season based or climate based. The lease of the available government land may have to be pledged for this.

Withstanding to the fact that there are many sectors and challenges that should be taken care of, I am confining my opinion especially to the businesses connected with the banking industry and primarily under two categories of least affected and moderately affected industries. The regulators of Nepal have always been helpful to the banking industry and its stakeholders and the policy/directives so formed are always in balance to the market requirement, growth, control and refraining the possible fraud, whether it be short term or long term. Following are my opinion in this regard:

a.  Increasing the money supply but restricting on the growth rate of the banks

The recent directives have allowed the banks to bring down the CRR of the banks. This has provided a breathing space to the banks and FIs. Similarly, other hindering part with the bank would be the restrictions in the CCD Ratio, which also needs to be addressed. This will allow the banks to proceed with the bailing effect to the credit customers thereto allowing the adequate ground for the credit customers to provide appropriate rehabilitation packages. At the same time, I opine that the banks to be restricted with the growth rate in lending. The World Bank report have provided with the economic growth projections and in line with the same and study of other parameters, the banks’ growth have to be confined to growth rate of somewhere around 10-12% in context of lending. Increasing the mandatory cushion in the Capital Adequacy Ratio would decrease the lending capacity of the banks and FIs on one hand and on the other, the banks would be careful in their lending capacity to exclude the capital depletion in unnecessary portfolio.

The repercussion of the same would be high in liquidity but slow in lending due to which the decreasing in pricing shall be observed in the deposit portfolio, concurrently lowered base rate and subsequent decrease in the interest rates in lending on the basis of the economic principles of demand and supply.

b. Providing level playing grounds to the banks and FIs

Analyzing the institutional deposits’ portfolio (as CIT, EPF, Nepal Army, Armed Police Force, Beema Sansthan, etc) of the banks, the mix stands somewhere around 25-30% of the overall deposits. The directives pertaining to accepting the deposits from these corporate bodies need to be revised in context of concentration on one hand and have to be confined proportionate with the capital of the bank. These institutions provide the deposits to the banks on the basis of the competitive bidding. It is where the banks have to face the competition in pricing thereto bidding the fund with the highest possible rate, ultimately increasing the overall cost of deposits in the banking arena. Hence, a directive pertaining to confining the banks with the concentration factors of somewhere around 20-25% percent of the paid up capital base, will decrease the deposit accepting capacity higher than that of designated level. This will decrease the deposit bidding pressure, ultimately reduce the cost of deposits on one hand and on the other will also reduce the concentration risk with one deposits institution.

Likewise, the requirement of maintaining the agriculture lending at 10 percent should also be relaxed in view of prevailing market scenario and has to be extended further. The regulatory provisions of obtaining the interest quarterly in context of agricultural lending has refrained the banks and FIs in increasing the portfolio on one hand and on the other, there seems to be challenge in getting the agricultural proposal(s) by the banks and FIs. A simple example would be a financing of tea plantation. In general, tea plantation would take a gestation period of somewhere around 3-4 years and paying the interest quarterly during the growth of the tea estates would be difficult and same would the case with other agriculture produce. The point is to allow the banks and FIs to match the repayment of the interest and the principal with the cash flow being generated with the sales of agricultural produce. Furthermore, practice of employing the agri-experts for proper consultation and guide needs to be looked forward to.

The effect of corona in the banking industry has proved the significance of digital banking. Banking industry requires the market proximity, the proximity is through the plastic currency or through the mobile banking, preferably would like to name as “Palm Banking”. Banks were aggressive in extending the ATM outlets in every nook and corner of streets, especially in the urban or semi urban areas. It can be said that the stretched of coverage would have increased should the banks and FIs be only allowed to be placing their ATM booths at certain distance interval. The point of creating ATM lounge in the mall or placing ATM nearby seems to be futile in the prevailing scenario. The regulation of not charging the cost irrespective of using any of the ATMs have to be continued, whereas the cost borne by the bank has to be compensated by the ATM Card issuance fees or uniform fees charged in any transactions. This step shall also help in bringing down the Forex expenses of the country as the ATMs are imported.

The payment and settlement mechanism needs to be done from a single gateway by an individual company, formed for the same purpose (whether that is through mobile banking or through other available pay channels). The company so formed may be influx the equity from the banks, whether that be private banks or state owned banks. This shall also help in surveilling the unwanted risk and technological as well as technical risks, as the investment appetite of the company formed will have the capacity to install the required and internationally acclaimed software. This shall also assist the prevailing RTGS and IPS transfers. To conclude, a separate company is required for overall ATM operations and for the payment and settlement systems country wide.

e. Allowing the banks to bail out their own borrowers

One of the major problems after this turmoil would be recovery of the over-dues. I suggest to provide the concerned banks and FIs to bail out their own customer. One of the suggestions would be synchronizing the cash flows and the repayment. In a simpler tone, repayment schedules have to provide for rescheduling on the basis of new business plan. The regulator to allow the banks to devise their own strategy to revive the businesses either through the injection of debt or restructuring of the loan tenor. Likewise, in case of Working Capital, the banks may have to increase their loan size by 10-20% depending upon the nature of borrowing industry and business plan submitted. Hence, the criteria of Watchlist category needs to relaxed in context of provisioning in the mean-time.

The interest portion may be allowed for capitalization and the amount of such capitalizations to be kept on the reserve of the banks. Cash realizations should only be allowed for the dividend declaration. I suggest that the Interest on Working Capital Loans to be deferred till Ashad 2077 and to be capitalized on one hand and at the same time repayable on an EMI basis depending on the cash flows not allowing more than a year time. Likewise, Principal Moratorium to be allowed and interest has to be capitalized. The capitalized interest to be paid on an EMI basis whereas the Principal installment repayable to be added up in the repayment schedule adding up at the last of repayment schedule or providing the appropriate restructuring of the loans synchronizing the same with the projected cash flow of the company, may be required to increase the loan tenor depending on the nature of portfolio.

Portion of budget allotted in the CSR activities of the banks to be accumulated in one basket thereto provide the economic relief to the affected people and medications.

Apart from above, there shall be other sectors of the economy which shall be hard hit sectors and the government/regulatory bodies will have to take into account other bailout facilities for those sectors, which the banks and FIs on their own will not be able to handle on standalone basis.

I believe that the aforementioned are some vital factors that need to be acknowledged going forward. These are few of my opinions which I think would be helpful and pertinent for the study and referential purpose and shall have suggestions/feedback in the respective authorities and all concerned.